Inna Braverman, Eco Wave Power’s Founder and CEO, to Speak at an Event by the University of Haifa in NYC Hosted by Philanthropist Tzili Charney 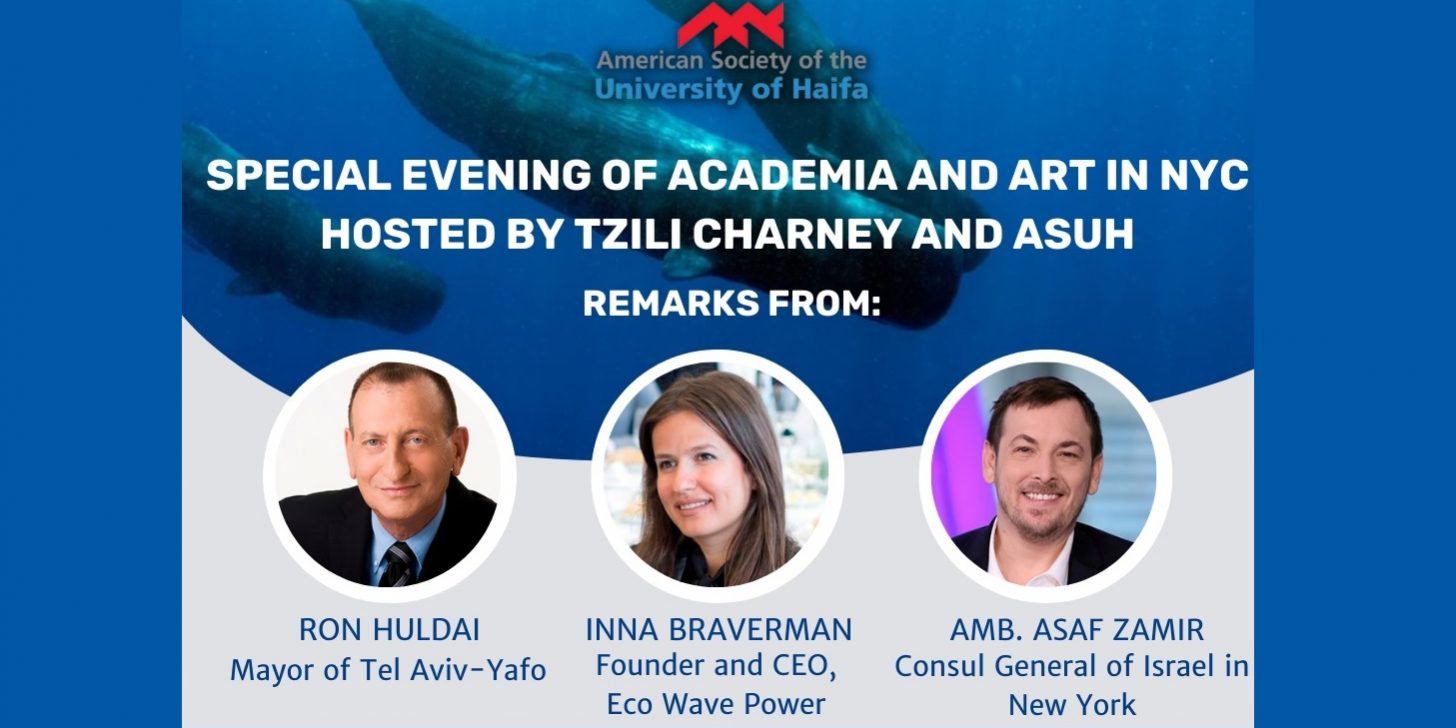 Braverman will offer remarks in front of an invitation-only crowd of distinguished alumni and supporters at 6 PM (NYC time) on September 15.

Others slated to give remarks include Ambassador Asaf Zamir, Consul General of Israel in New York; and Ron Huldai, Mayor of Tel Aviv-Yafo, who supported and enabled the implementation of Eco Wave Power’s newest wave energy project (the EWP-EDF One project) in Jaffa Port, Israel.

Hosting the event is Tzili Charney, a New York-based philanthropist. Charney, Vice Chairman of the University of Haifa’s Board of Governors, is the Chairman at her late husband’s real estate business, L.H. Charney Associates, whose holdings include 10 Times Square and 1410 Broadway, the new home of ASUH.

The event will also celebrate the university’s Leon H. Charney School of Marine Science’s extraordinary research to listen, interpret, and communicate with one of the earth’s largest and longest-living creatures—the sperm whale. The Project CETI (Cetacean Translation Initiative) is a scientific quest with partner universities to reshape humanity’s understanding of its place on the planet and to inspire environmental awareness.

“As a proud alumnus of the University of Haifa, and as an entrepreneur deeply involved in the marine sector through my work with Eco Wave Power, I am honored to be invited to speak at such an important milestone for the university and be a part of the celebration of establishing deeper roots for the University in the United States, as Eco Wave Power also expands our operations in the United States.” said Braverman.

Earlier this year, Braverman became the youngest person in the University of Haifa’s history to receive an honorary fellowship in recognition for her groundbreaking work towards wave energy commercialization. She received the honorary fellowship at the university’s 50th Board of Governors Gala, alongside fellow honorees Maj. Gen. Orna Barbivay, Minister of Economy and Industry; Maj. Gen. Amir Eshel, Director General of the Ministry of Defense; and Mr. Idan Ofer, Philanthropist and Entrepreneur.

This is the third event Braverman will be speaking at during her current visit to the United States.

For more info about The Code Conference please see the following link: https://voxmediaevents.com/code2022

Additional info about the event can be found here.