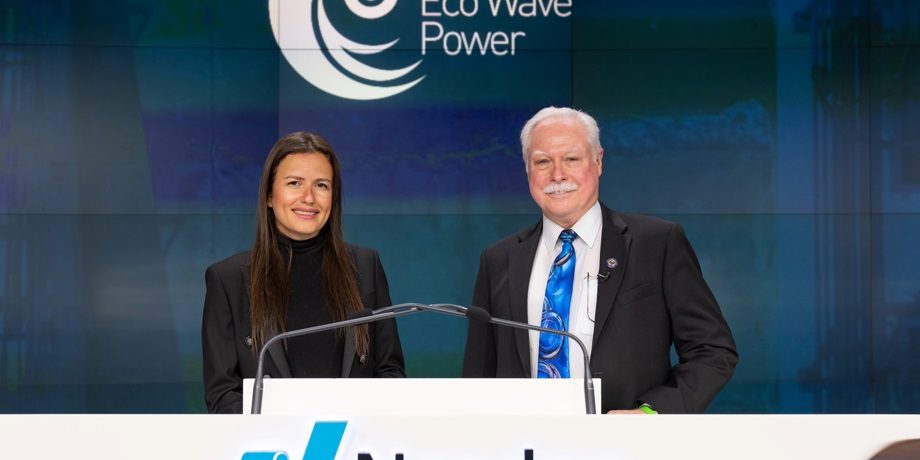 On September 22nd, 2022, the New Jersey State Assembly’s Special Committee on Infrastructure and Natural Resources Unanimously Agreed to Advance the Wave Energy Bill Initiative by Assemblyman Robert Karabinchak, Sponsored by Senator Andrew Zwicker. Bill is Expected to be Introduced in the New Jersey State Senate by the September 29th, 2022.

He is the head of the Science Education Department of the Princeton University Plasma Physics Laboratory, and he is the State Senate sponsor of the bill, which will be introduced to the Senate by September 29th, 2022.

The bill is expected to go to the Senate Environment and Energy Committee.

Assemblyman Don Guardian (R-Atlantic), a committee member, who served as mayor until 2018 in Atlantic City, where Karabinchak hopes to pilot a wave energy project on the Steel Pier echoed Karabinchak’s defense of the bill:

“It’s a clean source of energy that I think provides the least negative impact on our environment, and it’s free energy, once you have the capital costs,” Guardian said. “I think it would be foolish for New Jersey not to be leading the nation and the world in at least studying if this is practical.”

The bill also has an ardent supporter — the New Jersey League of Conservation Voters.

“We think New Jersey could be a pioneer in exploring and evaluating wave energy,” said Rebecca Hilbert, the league’s senior policy manager. “We do support this bill strongly.”

Gov. Phil Murphy included $500,000 in the current state budget to pilot a wave energy project in New Jersey, Karabinchak said, and added that Eco Wave Power is drafting a letter of intent to build the Steel Pier project.

The proposed bill states as follows:

“[I]t is both reasonable and necessary, and in the public interest, for the State
to enact legislation requiring: (1) a comprehensive study of the potential
associated with the adoption and use of wave and tidal energy in New Jersey;
(2) the amendment of the State’s Energy Master Plan to incorporate the use of
wave and tidal energy as an integral component of the State’s clean energy
planning and goals; and (3) the taking of additional steps, as may be
necessary to position New Jersey as a leader in these emerging clean ocean
energy sectors”

In response to the passing of the bill in the Assembly Committee, Eco Wave Power’s Founder and CEO Inna Braverman commented that in her view “an early adoption of wave energy in the State of New Jersey will position New Jersey as a leader in the marine energy sector and open the door for similar legislation initiatives in additional coastal states in the United States. Once again, New Jersey can be an energy pioneer by taking advantage of its coastline to deliver clean, cost-efficient, reliable, and environmentally friendly power to its electrical grid.”

Inna added that “in January 2022, during Eco Wave Power’s Nasdaq Capital Market bell ringing ceremony, New Jersey State Assemblyman Robert Karabinchak announced his intent to introduce new legislation to include wave energy in New Jersey’s Energy Master Plan and help New Jersey become the first U.S. state or territory to have a commercial wave energy proof of concept. Now, with this recent and exciting legislative development, Assemblyman Karabinchak has proven that he is truly committed to an all-inclusive climate plan, combining all renewable energy sources – including the power of the waves. In my opinion, the passing of
this bill, would be a historical moment for the State of New Jersey.”

In an official press release by the Assembly Democrats (available in the following link; Karabinchak Measure to Study Wave and Tidal Energy Potential Clears Assembly Panel – New Jersey Assembly Democrats (assemblydems.com) Assemblyman Karabinchak said that “With almost 140 miles of coastline, NJ is in a unique position to be the leader in this growing field. This legislation seeks to set goals pertaining to wave and tidal energy in the State’s Energy Master Plan which bring the State one step closer toward achieving net-zero emissions and 100% renewable energy by 2050.”

“We cannot simply rely on one or two approaches for clean energy. With new technologies and advancements, we are able to produce much more efficient power systems that are environmentally friendly,” continued Karabinchak. “By introducing this bill, we will open the door for more legislation to follow suit and expand our renewable, clean energy capabilities.”

It is estimated that 750MW of energy can be produced from New Jersey’s shores alone and the U.S. Energy Information Administration estimates that the energy potential from waves is equivalent to 66% of all electricity currently generated in the United States.

This press release contains forward-looking statements within the meaning of the “safe harbor” provisions of the Private Securities Litigation Reform Act of 1995 and other Federal securities laws. Words such as “expects,” “anticipates,” “intends,” “plans,” “believes,” “seeks,” “estimates” and similar expressions or variations of such words are intended to identify forward-looking statements. For example, Eco Wave is using forward-looking statements when it discusses the New Jersey State Assembly’s Wave Energy Legislation Bill Initiative, the significance and potential advantages of this legislation, that the legislation is expected to be
introduced to the New Jersey State Senate by September 29, 2022 and is expected to go to the Senate Environment and Energy Committee and that introducing this legislation opens the door for more legislation and expanding New Jersey’s renewable, clean energy capabilities. These forward-looking statements and their implications are based on the current expectations of the management of Eco Wave and are subject to a number of factors and uncertainties that could cause actual results to differ materially from those described in the forward-looking statements. Except as otherwise required by law, Eco Wave undertakes no obligation to publicly release any revisions to these forward-looking statements to reflect events or circumstances after the date hereof or to reflect the occurrence of unanticipated events. More detailed information about the risks and uncertainties affecting Eco Wave is contained under the heading “Risk Factors” in Eco Wave Power’s Annual Report on Form 20-F for the fiscal year ended December 31, 2021 filed with the SEC, which is available on the on the SEC’s website, www.sec.gov.