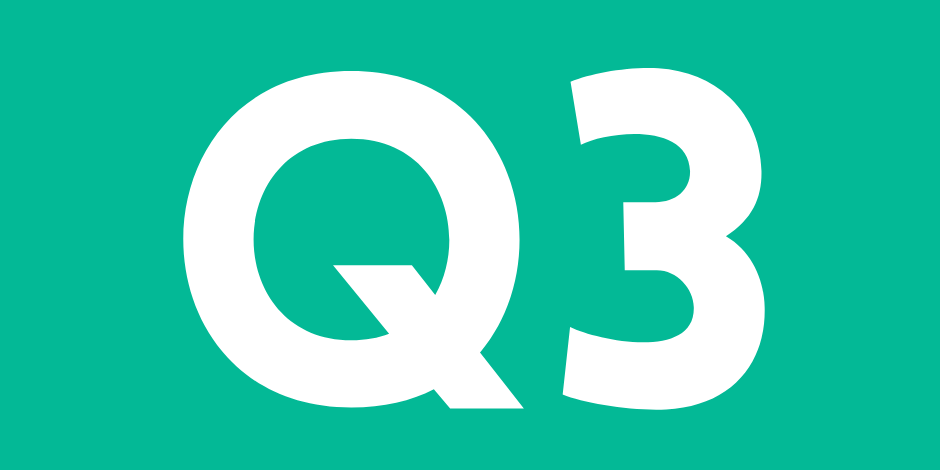 Changes in the Company’s equity

Significant events in the quarter

Significant events after the reporting date

A Word From the CEO

During COP26, it was clearly seen that the renewable energy market is facing major expansion. Energy day, which was one of the key thematic sessions taking place during the UN climate summit, started with the COP26 co-hosts echoing the words of the UN Secretary-General António Guterres: “consign coal to history”.

President of the Conference, Alok Sharma, announced the new Global Clean Power Transition Statement, a commitment to end coal investments, scale up clean power, make a just transition, and phase out coal by the 2030s in major economies, and in the 2040s elsewhere.

The pledge has 77 signatories, including 46 countries such as Poland, Vietnam, and Chile. 23 the countries making the pledge are making commitments on ending coal for the first time.

A group of governments and public finance institutions across the world, including in the United States, European Union, Canada and the United Kingdom, have pledged to end direct support for the ‘unabated’ fossil fuel energy sector by the end of 2022. The joint announcement made during COP26 promises an end to direct support for international fossil fuel projects “except in limited and clearly defined circumstances that are consistent with a 1.5°C warming limit and the goals of the Paris Agreement.”

“This is the first political commitment to phase out oil and gas finance as well, not only coal. If implemented, this will shift 18 billion dollars a year from fossil fuels to renewable energy,” explained Ms. Zhu, a member of the Climate Action Network.

Eco Wave Power’s representatives took part in the relevant events during COP26, and our pioneering technology received significant attention from world leaders and international media, emphasizing the growing interest and commitment to the commercialization of the wave energy sector. Our technology was featured in the Solar Impulse Solutions Guide, which is a guide of clean and profitable solutions, that was handed out to world leaders, including the First Minister of Scotland, Nicola Sturgeon, by Bertrand Piccard, Chairman of the Solar Impulse Foundation.

Eco Wave Power was also featured on Sky News as one of “Seven Solutions to the Climate Crisis” and was selected by Social Impact Israel as “10 Innovative Israeli Startups Revolutionizing the Climate Change Crisis.”

In addition, during COP26, the Blue Climate Initiative (BCI) announced the 21 semi-finalists for the US $1.0 million Ocean Innovation Prize, and we are honoured to have been selected, while I had the honor of being recognized as “Net Zero Hero” by the Sustainable Markets Initiative of Prince Charles and the World Economic Forum, during COP26.

Other than events related to COP26, Q2 and Q3 were eventful periods for Eco Wave Power Global in operational, financial and organizational aspects;

Our Company was dual listed on Nasdaq US raising gross proceeds of $9.2 million (Nasdaq: WAVE), before deducting underwriting discounts, commissions and other offering expenses.

We have also expanded our projects pipeline and collaborations: Eco Wave Power Ltd. entered into a collaboration agreement with the Procurement Administration in the Israeli Ministry of Defense for the Israeli Navy, to examine the feasibility of installing Eco Wave Power technology at Navy bases. Eco Wave Power also announced the signing of a MOU with CIMC Offshore Engineering Institute Co., Ltd., a wholly owned subsidiary of China International Marine Containers (Group) Co., Ltd., that is dually listed on the Stock Exchanges of Hong Kong and Shenzen.

In addition, I had the pleasure of visiting the ports of Casablanca and Port of Mohammedia in Morocco for a discussion regarding the implementation of Eco Wave Power’s innovative wave energy technology in the National Port Agency (NPA) (operator of 33 ports). The visit was made possible due to Eco Wave Power winning the Smart Port Challenge Competition held by Morocco’s National Ports Agency and PortNet: “National Single Window of Foreign Trade.” At the same time, members of the Eco Wave Power Business Development team visited selected ports in Scotland, for the promotion of the implementation of Eco Wave Power technology in Scottish waters.

We have also seen positive progress with our planned project in Portugal when EW Portugal- Wave Energy Solutions Unipessoal Lda. (“EW Portugal”), a wholly-owned subsidiary of Eco Wave Power, received an installation and grid connection permit of 1MW in the form of a Small-Production Unit registration approval (registration number 5089) from the Portuguese Directorate-General for Energy and Geology (DGEG). Following such permit, in November 2021, I visited Portugal for a meeting with APDL’s Chairman and representatives from Porto’s City Council to promote the first 1MW project that Eco Wave Power plans to execute as part of the 20MW Concession Agreement entered between the parties in 2020.

As to the EWP-EDF One project in Israel, which is in advanced construction and installation phase, the pandemic resulted in long lead times and component shortages, which caused some delays in the project’s execution. However, Eco Wave Power was fast to respond and moved the production and manufacturing of its eight remaining floaters mechanisms to Israel, to save time. On October 4, 2021, we announced that a collaboration agreement was signed with the publicly traded company Lesico for the production of the eight remaining floaters for the EWP EDF One project in Israel, through our subsidiary EDF EWP One Ltd.

So far, Eco Wave Power has finalized the breakwater’s reinforcement works, the assembly and installation of the energy conversion unit and the production of two sample floater mechanisms in Ukraine. Now, following the newly entered collaboration agreement, Lesico will take an integral part in the EWP EDF One project, by providing the eight remaining floater mechanisms within 51 working days from the date of signing the agreement.

In our latest visit to Lesico, we have seen that two floaters are already fully produced along with six supporting structures for the floaters.

In order to support the EWP projects’ execution and prepare the company towards gradual commercialization, we have appointed Avi Waller as the Chief Executive Officer (COO) of Eco Wave Power. Avi has a strong technical foundation in engineering and has impressive experience leading manufacturing, operations, and development. In addition, Avi holds strong commercial mindset, which adds value to our business and customers, this will enable the company to commence gradual floaters installation in the upcoming weeks.

In conclusion, in the recent quarters we have achieved progress in terms of financially reinforcing the capital position of our company, we have strengthened our management team, seen progress with the Portugal APDL project and the EWP-EDF One Project, while adding new collaborations to our planned projects pipeline. We have also showed strong presence in COP26, and received global recognition.

Eco Wave Power has highly competitive technology, sits in a strong financial position, and is an organization getting ready for global expansion and commercialization. We believe we have thereby laid the foundation for expanding in the rapidly growing renewable energy market.

Eco Wave Power is recognized as a “Pioneering Technology” by the Israeli Ministry of Energy and was labelled as an “Efficient Solution” by the Solar Impulse Foundation. Eco Wave Power’s project in Gibraltar has received funding from the European Union Regional Development Fund and the European Commission’s Horizon 2020 framework program. The company has also received the “Climate Action Award” from the United Nations.

This press release contains forward-looking statements within the meaning of the “safe harbor” provisions of the U.S. Private Securities Litigation Reform Act of 1995 and other Federal securities laws. Words such as “expects,” “anticipates,” “intends,” “plans,” “believes,” “seeks,” “estimates” and similar expressions or variations of such words are intended to identify forward-looking statements. For example, Eco Wave Power is using forward-looking statements when it discusses the Company’s collaboration agreement with the Navy, including the terms of the agreement, the potential deployment of the Eco Wave Power technology for production of clean electricity for the Navy bases, its Concession Agreement with APDL and that the 1MW project is planned to be the first stage of the 20MW Concession Agreement, its EWP EDF One project and that Lesico will take an integral part in the project by providing the eight remaining floater mechanisms within 51 working days from the signing of the agreement, that Lesico and the Company will review the possibility for additional projects together, the MOU with CIMS OEI, CIMC OEI’s intention to introduce Eco Wave Power to potential clients and support negotiations with CIMC OEI’s existent clients and ports within China for the purpose of technology commercialization, that CIMC OEI will provide engineering services to selected projects and the grant from QMUL. These forward-looking statements and their implications are based on the current expectations of the management of Eco Wave Power and are subject to a number of factors and uncertainties that could cause actual results to differ materially from those described in the forward-looking statements. Except as otherwise required by law, Eco Wave Power undertakes no obligation to publicly release any revisions to these forward-looking statements to reflect events or circumstances after the date hereof or to reflect the occurrence of unanticipated events. More detailed information about the risks and uncertainties affecting Eco Wave Power is contained under the heading “Risk Factors” in Eco Wave Power’s Registration Statement on Form F-1 filed with the SEC, which is available on the SEC’s website, www.sec.gov.