Eco Wave Power Finalizes Grid Connection Route Works for the EWP-EDF One Project in the Port of Jaffa, Israel 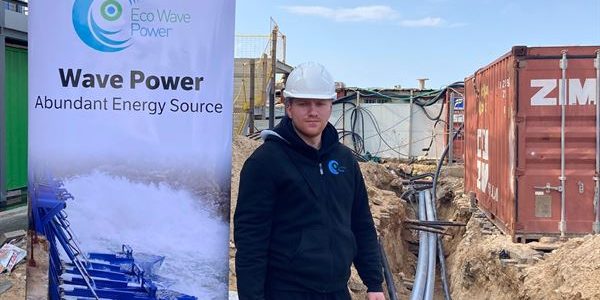 Stockholm, Sweden – February 1, 2022 –   Eco Wave Power Global AB (publ) (Nasdaq First North: ECOWVE and Nasdaq US: WAVE) (“Eco Wave Power”) is pleased to announcetoday that it has officially completed the grid connectionroute works in the Port of Jaffa, Israel, pursuant to the engineering coordination permit from the Municipality of Tel-Aviv Jaffa (permit number 2020-4345) for the deployment of the grid connection works of the EWP-EDF One wave energy project in Israel.

The grid connection works were performed in two parts, as they included different routes within the port.

The first part was performed by the infrastructure subcontractor Yehimovitz Suissa Ltd , in the shipyard area of the Port of Jaffa, and was completed during 2021, while today Eco Wave Power is pleased to announce the finalization of the second part of the grid connection route, which spans across the warehouse area of the port, and was performed by the Israeli subcontractor Ken Hator Construction and Engineering (“Ken Hator”).

Ken Hator has the highest classification and standards in Israel’s construction industry and is an official contractor for the Ministry of Defense of the government of Israel, approved for governmental projects and operates in compliance with ISO 9001 standard.

The works consisted of removing the upper layer of asphalt in the dedicated grid connection route and preparing the tunnels necessary for the electric cables. The next step is for the Israel Electric Corporation to officially arrive to the site and connect the conversion unit to the electrical grid.

Inna Braverman, Chief Executive Officer of Eco Wave Power, stated: “Due to the onshore nature of Eco Wave Power’s technology, the grid connection works were straightforward and did not involve any cable laying on the seabed, which are known to be extremely expensive and complex. In addition, the cable length is significantly shorter and more cost-efficient than cables used for offshore energy projects. We believe that this highlights the significant advantages of Eco Wave Power’s onshore technology, in comparison with offshore wave energy solutions.”

The EWP-EDF one project is executed in collaboration with EDF Renewables IL and co-funding from the Israeli Ministry of Energy.

Eco Wave Power is recognized as a “Pioneering Technology” by the Israeli Ministry of Energy and was labelled as an “Efficient Solution” by the Solar Impulse Foundation. Eco Wave Power’s project in Gibraltar has received funding from the European Union Regional Development Fund and the European Commission’s Horizon 2020 framework program. The company has also received the “Global Climate Action Award” from the United Nations.

About Ken Hator Engineering and Building

Ken Hator has the highest classification and standards in Israel’s construction industry and is an official contractor for the Ministry of Defense, approved for governmental projects and operates in compliance with ISO 9001 standard.

Over the years, the Company has amassed extensive multidisciplinary experience in projects while maintaining high levels of quality, strictly adhering to timetables, demonstrating performance flexibility and quick response to changes.

The Company has gained a sterling reputation for its functionality, financial and budget compliance while maintaining uncompromising levels of performance standards throughout the project.

The Company was founded in 1993 by Yoav Ken-Tor, graduate of the Faculty of Civil Engineering in the Technion and employs a staff of over 100 people.