Ambassador of Portugal, Mr. Jorge Cabral, Arrives for an Official Visit to the EWP-EDF One Project During Installation of the First Floater in Port of Jaffa, Israel 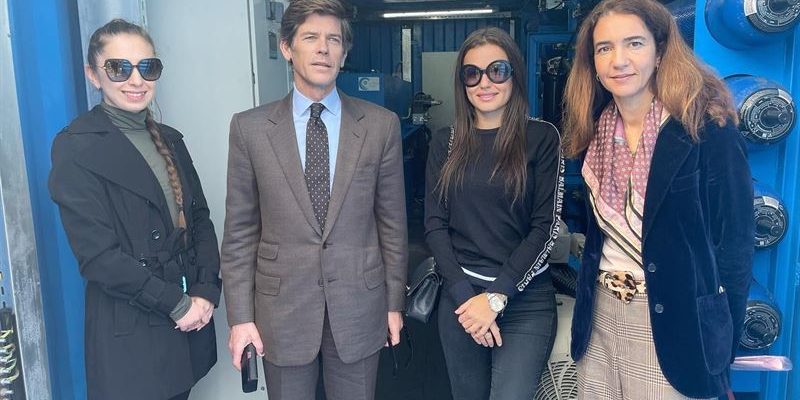 Stockholm, 24 February, 2022 – Eco Wave Power Global AB (publ) (Nasdaq Capital Market:WAVE,  Nasdaq Stockholm: ECOWVE) (“Eco Wave Power” or the “Company”) was pleased to host the visit of Ambassador of Portugal to Israel, Mr. Jorge Cabral, along with Deputy Head of Mission and the First Secretary of the Embassy, Mrs. Joana Espirito Santo de Araujo, to the EWP-EDF One wave energy project during an important milestone — the installation of the first floater of the project in the Port of Jaffa, Israel.

This visit has a significant importance for both parties, especially in light of Eco Wave Power’s clear interest and near future plans for expansion in the Portuguese market, which is emphasized by the 20MW Concession Agreement between Eco Wave Power and Administração dos Portos do Douro, Leixões e Viana do Castelo, S.A (APDL) entered into during the year 2020, as well as Eco Wave Power’s recent announcement about securing the licenses for the first 1MW of the project, by Eco Wave Power’s fully owned Portuguese subsidiary, EW Portugal-Wave Energy Solutions Unipessoal Lda. (“EW Portugal”).

During the visit, Ambassador Cabral said: “I hope to have this pioneering technology installed in Portugal soon. I was impressed with the simplicity of the concept and its modular design. Wave energy is extremely relevant given the wave climate in Portugal, as well as the European and Portuguese efforts to promote renewable energy and reach net zero emissions in the near future. I truly believe that wave energy should be a significant part of Portugal’s renewable energy mix.”

This project is in line with Portugal’s National Energy and Climate Plan for 2021-2030, otherwise known as PNEC 2030, which has set an objective for Portugal to ensure 47% of renewable sources in its gross final energy consumption by 2030.

Portugal has an immense wave energy resource, which, according to  estimates by the Government of Portugal, can supply 3-4 GW of power capacity. Eco Wave Power’s project will be a significant milestone in the adoption of wave and ocean energy in Portugal and will contribute greatly towards the country’s goal under the PNEC 2030 plan, of implementing 70MW of wave power capacity by 2030.

Inna Braverman, Founder and Chief Executive Officer of Eco Wave Power, stated: “We were delighted to welcome Ambassador Jorge Cabral and the Deputy Head of Mission and First Secretary of the Embassy, Mrs. Joana Espirito Santo de Araujo. We wanted them to get acquainted with our innovative technology, which will hopefully soon become a reality in the Portuguese market. At the same time, we would like to express our gratitude to the Ambassador and First Secretary of the Embassy, and all the other parties who are involved in supporting this first-of-a-kind project in Portugal. We believe that the successful execution of this project will mark the start of a new and exciting era for the wave energy sector in Portugal and around the globe.”